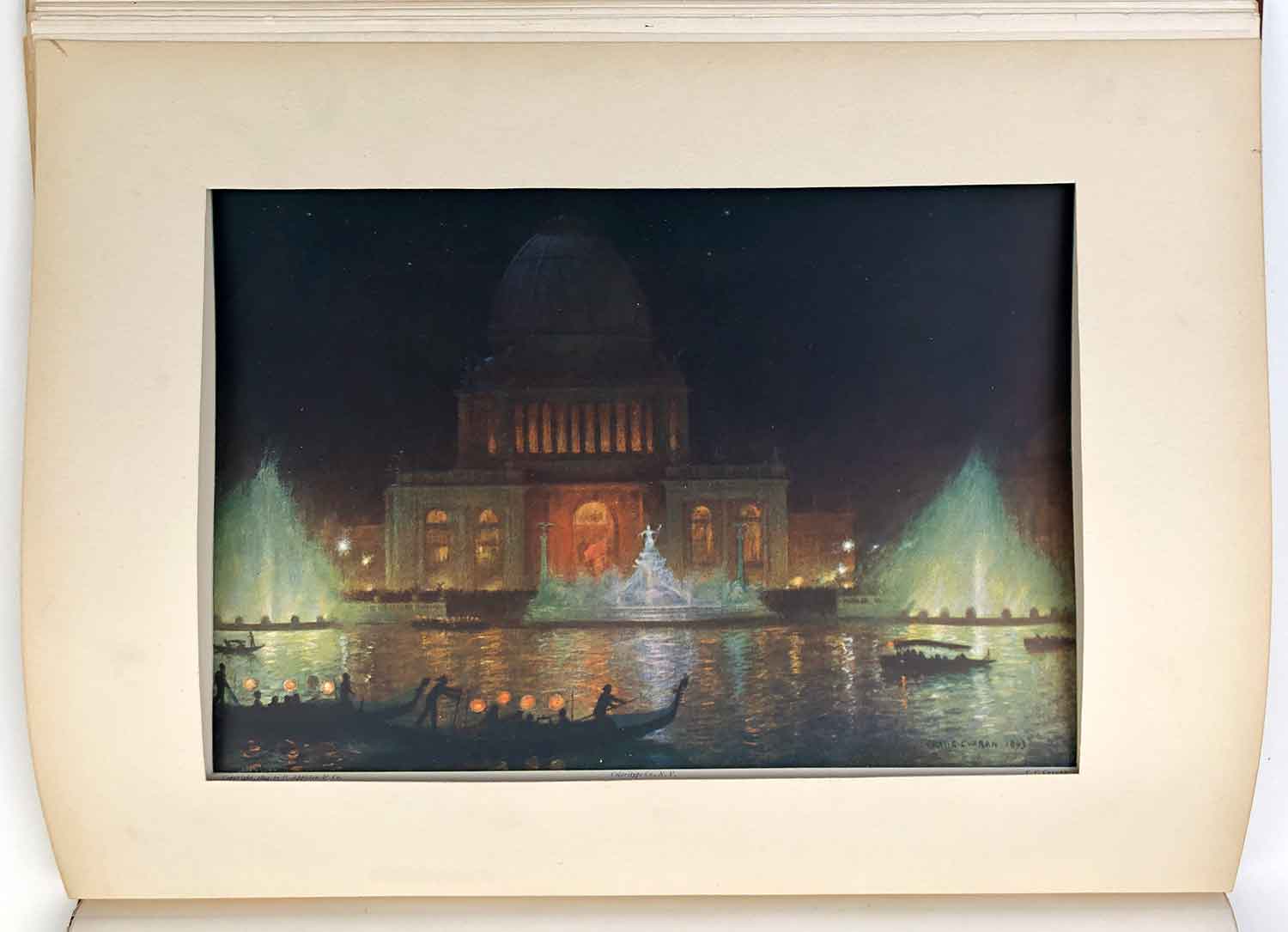 London. The China Inland Mission. 1908.
Color lithographed maps, xii + (index map plus 22 single and double page maps) + 16pp, 13 1/2 x 9 1/2 inches, gilt lettered red cloth covered boards (hardbound). The Index Map of China has a stain with a small piece of paper adhered to it from the facing page (which is the Alphabetical List of Protestant Missions), with resultant damage to that page; neat marginal notes to the Index Map only; the first several sheets of the atlas are beginning to split along the lower gutter (from the tight binding). The binding is worn with splits to the tail of the spine and marking to the front cover. The maps (with the exception of the Index Map are clean and bright). Very attractive color maps covering the whole of the Chinese Empire, including maps of Tibet and Mongolia. This is the first edition of this important atlas of China: "in view of the fact that 1907 would be the Centenary of Protestant Missionary effort in China, it was decided by the China Inland Mission, toward the close of 1905, to publish a new Atlas of the Chinese Empire, this Atlas to be accompanied by a book giving a geographical, historical, and missionary survey of each province and dependency of that Empire. It was hoped that these companion volumes would be ready for the Centenary Conference which was to take place in Shanghai during the spring of 1907. Through unexpected delays it was, however, found impossible, without serious loss to the Atlas, to have the maps ready in time, so the book entitled The Chinese Empire was published first. The Atlas, which is now sent forth to the public, has taken about two and a half years to prepare, and is in every respect an entirely new work." The atlas includes maps of Tibet, Manchuria, and Mongolia. The maps of the provinces are on the scale of 1:3,000,000 and of the great dependencies on the scale of 1:7,500,000. Item #41275